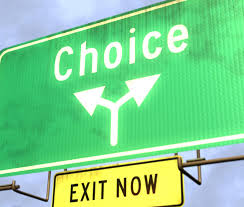 I  recently had the opportunity to choose between receiving $25 in cash or $50 in coupons for an item. There was a lawsuit involving a brand of tuna that I buy all the time and they were offering settlement payments to consumers.

You had to fill out a claim and then choose between the following two options:

Now the tuna is in cans and I actually buy a lot of it. I tried to think of which option would be better for me. If I chose the cash option then I could do whatever I wanted with the money. If I chose the $50 in coupons then I would be restricted in what I could use the money for…but I would have double the ‘income’ from that transaction.

I finally settled on the $25 in cash  over the $50 in coupons because that just made more sense in my situation. While it would have been nice to have that extra money, I did not really want to have to buy $50 in tuna. Now I don’t know how long the coupons would last for and I possibly will end up buying $50 worth of tuna by the time the coupons expire but I just feel that the cash option was my best choice.

Which would you choose?

I Have Not Saved Enough For Retirement

Finally Got My Lobsters!!!!