How The Tax ‘Break’ Is Really Affecting My Income

My first thought on that was it is one of the stupidest things I have heard in a long time. Why are we reducing the amount that is paid into Social Security when Social Security payments are in danger right now. Isn’t everyone saying how it is projected that there will not be enough money to pay Social Security in a few years….which is why they are pushing people to retire later?

Payroll quoted a range for the decrease based on their preliminary payroll runs but since I get paid on the last business day of the month I still have to wait a few days to see how this will actually affect my paycheck.

I am not too worried about the decrease because the upper limit falls within the buffer I built into my budget. I created my Zero Based Budget and then tweaked it to actually be $200 less than my actual paycheck. So since they predict the actual decrease to be an amount that is less than the buffer in my spending plan I can live with that. I certainly am not happy at the prospect of having less money because that means then there will be less that goes into various snowflake accounts…but it will certainly not kill my budget since I am already spending below my means. 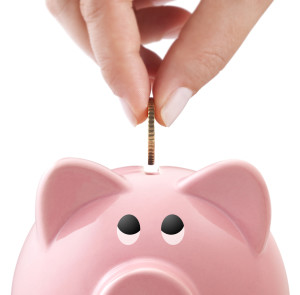