What You Should Know About Winning A Lottery: My Take

I recently read an article about the things people should know when they win the lottery. While I thought many of the points were valid there were a few I did not really agree with.

Here are the six topics the article talked about:

1. Winning is a long shot

2. Life will get more complicated

3. You will be famous

4. You will need a team to help you manage the money

5. You need to be disciplined

6. You are not Santa 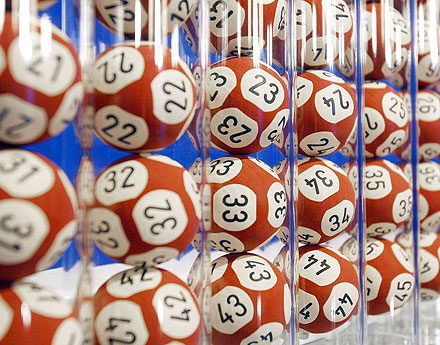 I do agree with the first point that it is a long shot for you to win. However someone DOES win so if you think you can handle it then I see no problem with the occasional ticket. I buy a $2 once a month and that is all that I limit myself to. I have not won the big one as yet but I have won small amounts under $10 so I am about breaking even on the ones that I lose. I do not count on winning the lottery as my way to a better life but if I did win from one of the $2 a month tickets that would be very nice!

When it comes to the life getting more complicated I did disagree with the post. I think your life only gets complicated if people know about your win. As it stands there is only ONE person who I would tell and I have absolute confidence that person would not tell anyone else. I have seen many stories about people who ended up broke after a few years because they made bad investments. There was even a story about a man who is trying to turn a $125 million lump sum into $2 billion. I am NOT that ambitious and I see no need to increase the money I won. I would simply live as comfortably as I could and would plan my estate to leave what was left to my heirs.

The article also stated that you will be famous when you win the lottery and once again I disagree with that. There are some states (looking at YOU Florida) that release the name of winners and do not need their permission to do so. I live in a state that does not automatically release that information and if I ever won the lottery I would claim it via a blind trust. The trust would not be linked to my name so even if the trust was listed as winning the lottery there would be nothing to connect it to my name. I would then have the trust deliver payouts to me for monthly living and no one would know who controlled the trust…well except my lawyer!!

I already have an idea of the team that I would need and luckily for me I would have easy access to them because I know a lawyer who deals with trusts. At first I thought I would assemble my team from the professionals on campus..or their colleagues…but I realized that I do not want my professors to know that I am sitting on all this money while I am in their class.

I do agree that you need to have discipline. I would not go crazy and buy a gold encrusted toilet but I would buy my dream car. I currently live in an apartment and I think in the beginning (at least if I was still in school) I would simply move to another apartment. There are some new apartments that were just built in the area and they are very nice looking. I would get a two bedroom place so that I could have enough space for the cat but I would just be happy to not have a room mate. The reason I would go with an apartment (or a condo) is to not worry about the maintenance etc.

I already know I am not Santa and it is not my job to make people’s dreams come true. I have a very small list of what I would gift to certain people and  I am sorry to say that gift is not very long either.

So that is my take on what you should know about winning a lottery!

Tracking My Finances In July: Day 22