Every Friday I post about my finances for the week in an effort to monitor my income and expenses. I used to post all of the actual figures but I have recently decided to stop doing this.

I will now post SOME of my actual expenses and leave the rest to your imagination.

This week my income was:

$10 in gift cards from my Swagbucks adventures.

This week my expenses were:

$317 on vet bills, tests and medications for my cat. He had gotten sick and was constantly throwing up and refusing to eat most of the time. After many tests they finally decided it was two treatable illnesses and he got some shots and I was given two sets of medicine to take home.

I did not have pet insurance but I figure the amount that I spent would have been less than the premiums I would have paid over the last five years since I have had this pet. I may look into getting insurance later as this cat is getting older and may be more prone to getting sick. 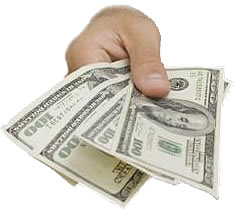