You guys may have remembered that I had to add honey to the car insurance in December. I was told that this would double my payments because of various reasons. Okay. In January I received a bill for the amount I normally pay so I paid it.

Then about halfway through the month I got an update from the insurance saying what all the changes were. There was no mention of the price so I just paid what it said on the bill I received.

I go to check the bill for February and it is more than three times what I normally pay. I think I started to hyperventilate and I blacked out for a while. When I regained consciousness I decided to go online to shop for insurance.

I tried Progressive and got a six month total that was about $150.00 lower than my current six month total. And this was with a higher level of coverage than I am under right now.

I tried another company and got the total about $200.00 lower. This is great I thought. Each new company I try gives me a lower total at a higher level of coverage.

Then honey says “try Geico. I want the lizard thingy.” It is a gecko not a lizard..but I digress!

I tried Geico and got a total that was now about $300 lower than what Allstate is charging me.

Honey immediately says “you are doing something wrong. Call them to verify.” So I call the geckos and the amount is correct. If I switch to Geico I WILL save a bundle on my car insurance.

So I say I will call the lovely Allstate people who I have been with for ages. I get the run around. My agent is the only one who can talk to me about this and he is not in right now. I will need to call back tomorrow. Why? Is he now going to offer me the rate that Geico gave me? Ha I doubt it.

Tomorrow I will call them armed with my new rates and see what happens.

By the way I was informed that the bill for February is that high because I did not pay the full amount for January.

Oh it is my fault now. I pay the bill online. There were times they needed to make updates and they charged me the difference online and then sent me a paper bill to confirm it and told me I had to come in and pay by a certain date.

But this time nothing was done…and I called. They said it was okay but now it is my fault. Fine. I am switching to Geico.

Tracking my Finances in 2011: October Week 3 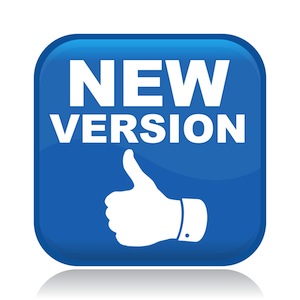