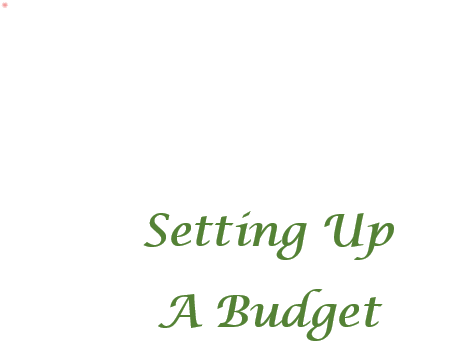 I constantly work on budgeting for unpaid summer months because I do not get paid during the summer. Since I work in education, I am on a 9 month contract. This means I get for September through May. The final paycheck is usually at the start of June and there are no cash inflows for July, August, or September.

I do not like uneven cash inflows since I budget for all other bills on a monthly basis. This means I need to start budgeting for unpaid summer months before the summer actually occurs.

(If you are not reading this post at www.howisavemoney.net or in your feed reader, it may have been stolen from my site.)

I am an educator and my annual salary is divided over 9 months. Most other faculty members simply make their monthly budgets the same as their paychecks. This means they count the unpaid summer months times of no cash inflow and actually overspend during the other 9 months.

My budget vs other people’s budgets

I’ve taken a different approach to my budgeting. I divided my annual salary by 12 and made my monthly budget based off that. So if there were two of us making $54K annually, they would use $6,000 while I use $4,500 as my monthly budget. By creating a 12 month budget, I’ve forced my annual income to cover my annual expenses.

The next step I take is to set up automatic transfers to my ‘Summer Paycheck’ account. During my first year I started saving up in January for the summer. I would transfer half a month’s income every month for 6 months into that account. This would then leave me with 3 months of income that I would transfer back into my checking account to cover that month’s expenses.

After building an emergency fund of three months of expenses apart from the Summer Paycheck amount, I changed the way I save for the summer. Now I calculated 1/9th of the summer money and have an automatic transfer set up for 9 months. This auto transfer is set up to start at the end of September and go until the last paycheck in June. Then I have another set of auto transfers that start in July and go through the start of September. Those put the equivalent of one paycheck into my checking account. This money is then used to cover the monthly budget.

It took some time to set up budgeting for unpaid summer months but the system works for me now. It might seem a bit complicated but it really is not. I prefer having the small amount taken out every month instead of large amounts starting in January.

5 Tips to Save Money on Electricity

Where did Citgo go?