So it has been three weeks since my surgery and I must say that compared to the last time I am feeling great. I was able to lie down on my stomach last week and it was real relief to not have to go to sleep on one side so I can be comfortable. I am still on the pain medication but I have reduced the number of times that I take it during the day and I am going for longer periods without needing to take anything or without feeling the stabbing pains in my stomach.

I went back to work one week after surgery after being told by the doctor that I could do so if I wanted to. He just told me to take it easy and not life any weights and to rest if I felt tired. 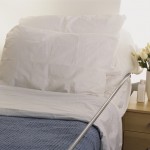 I became severely anemic once again due to all the bleeding and lost a lot of blood during the actual surgery and needed another blood transfusion as well. I have to go back on an iron regimen to build up my blood levels once more because being anemic leads to fatigue easily and I have to walk quite a bit during the day.