Why Aren’t You Buying A House Instead Of A Car

I recently had a conversation with a friend who asked why I was buying a Lexus instead of saving up to buy a house. I had never really thought about that but it did trigger a set of emotions in me. I do have a fund in my ING account called Car Fund where I am currently putting in the amount that I used to pay on the car loan before I get debt free. I have been thinking about getting this Lexus for a long time and it has been one of my biggest dreams as well. 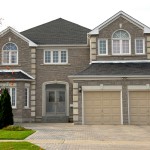 I have an account that is separate from my Emergency fund which has been steadily growing and it is called my Never Go Back To Fresno Fund. This account holds money that will enable me to live independently if I had a major loss in my life and I just realized that it can also be my House Fund. I would use the Emergency fund to pay for daily living but the money in the Fresno fund can be used to build a downpayment for a house in the future, instead of just being a vague idea.

So to answer my friend…I am not buying a car instead of a a house….I am saving separately for each goal!