I have been hearing a LOT of talk about Dave Ramsey’s Baby Steps approach but never paid attention to it.

Then today I decided to bite the bullet and go see what all the hype is about.

Basically, Dave lists a series of baby steps that everyone should take in order to become financially independent. These steps are as follows:

I actually had an Emergency Fund right now called my Never Go Back To Fresno Fund. It is not at $1000 but it is slowly getting there. Of course this fund would have been much bigger now but I raided it at one time to pay off a debt.

So I guess now my Fresno Fund is now the additional savings fund that Ramsey talks about in point 3.

Now according to the definition of ’emergency fund’ that was not a true emergency and not really the best use of the money. The thing is that I am glad I used the fund to pay off that debt because the interest on that debt was MUCH higher than the interest I was getting on my savings account.

This brings me to the next step.

Pay off all debt using the Debt Snowball

I know of two methods for the debt snowball but the idea behind both of them is the same. With any kind of debt snowball what you do is this:

* Pay the absolute minimum on all debts except the target

You can pick what ever you want to be the target for your debt repayment but there are two widely used methods that seem to give the best results.

3 to 6 months of expenses in savings

This money is in addition to the emergency fund that you have already established. You can set it up in your ING account like I did and give it a different name.

I currently have a Never Go Back To Fresno Fund which could be my addtional savings account. This is separate from my Emergency Fund because while I can access the emergency fund by making a withdrawal, the Fresno Fund is tied up in a CD.

Now this is where I start to diverge from Dave. I know I have some retirement money going somewhere as a teacher but I have no clue if it is in a Roth IRA or what. I know I should be more on top of this …but I am not American so I can’t retire here anyway unless I become a citizen. I am working on a work visa and if I do go back home then the retirement money is gone. Bah! So they are taking out the basic amount they have to for taxes etc and that is it. I am not going to put in the maximum amount because I do not know if I will be a citizen that CAN retire here yet.

I don’t have any children so, um, yeah.

Dave thinks that you should set up a fund for college for your children so that they have a slightly easier time when going to college because the cost of that is not going down.

Renting now so this does not apply. Basically what Dave is saying here is that you need to own your home outright so that you will not be paying interest to the banks to make use of your own living space.

I say this is nice if you can do it….but not really realistic for those of us who don’t make buckets of cash.

There is a reason there are 30 year mortgages available. I am not sure that on an average income, especially if it is a single income that I would be able to pay off a house early unless it was REALLY low priced.

Build wealth and give! Invest in mutual funds and real estate

I am giving now to my church every Sunday, although it is not even close to 10% of my income for the month. I am unable to invest in real estate or mutual funs right now because I do not have any income left over for something like that.

I guess those steps are for later on when I do not have as much debt as I currently have right now.

Have you been following Dave Ramsey’s baby steps? What is your take on the plan?

Tracking my finances in June: day 10 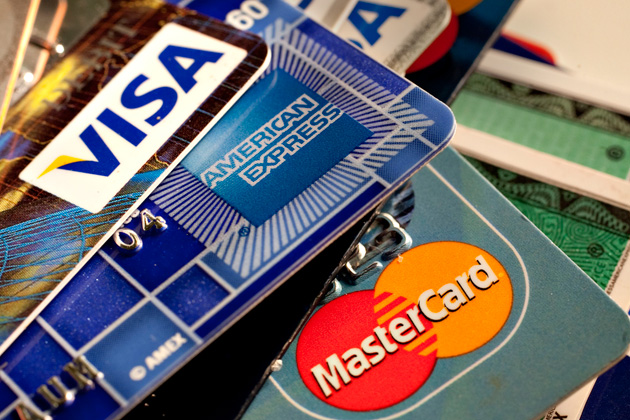 The Benefit Of Using A Credit Card To Pay My Rent