Save money and the tuna diet

Ok, I made that one up. There is no real tuna diet, and even if there was one I would not follow it. We all know how bad it is when there is a diet that is named after a food. All you do is you end up eating that one food for the entire time, effectively depriving your body of the full range of nutrients that it needs.

My tuna non-diet at Save Money is simply to make use of the millions (figuratively speaking) of cans of tuna that I have. The last few times I went shopping I really stocked up on canned tuna because it is such a good source of protein and it is cheap. I got lots of cans and then proceeded to eat everything else but the tuna I had bought.

I now have to deplete those stocks of tuna before something goes wrong…not that I am in danger of them expiring or anything. I actually had a mini crisis yesterday when I realized that I was out of everything that you could possibly put in between two slices of bread, except for butter and tuna. I started to think that I would have to subsist on a steady diet of tuna for a whole week, until I could get someone to take me to Wally World again.

Then I made some tuna paste last night and I realized that having to eat the tuna all week would not be so bad. I could have oatmeal for breakfast, tuna sandwiches for lunch and corn flakes for dinner and I would be fine. This would not be an entirely miserable way to live for the next few days and I would not be spending any extra money on food because I would just be making use of the things I already had in the pantry.

Since I will be making use of the tuna then I could save money because I would not be running out to get other items just so I could have some variety from day to day. Hey there is nothing wrong with eating the same thing every day. It is just a bit boring if you do it for the same meal, the same way each time.

My mission for the next few weeks is to consume all of the cans of tuna I have right now. Of course I did get a ride to go shopping tonight so I will be getting other sandwich making stuff…but I am going to have a serving of canned tuna EVERY DAY until all those cans are gone. Then I will get some more!

Tracking My Finances In 2010: December Week 5

How I Manage My Paycheck 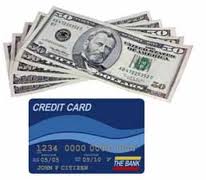